We moved two of our hives out to Goosefoot Farm two weeks ago, and today we headed out there for the first inspection of spring. Both colonies look very good – perhaps too good given that it is still March and we are headed into a stretch of cool rainy weather.  Both had drone brood packed into burr comb between the boxes and above the top box – we should have gotten a super on at least a week earlier.

Unless this colony superseded last year and we didn’t catch it, the queen of Hive #1 is heading into her third season and still going strong.  Ten frames with mainly brood, two frames worth of pollen, 3 1/2 frames of honey, 2 1/2 frames of uncapped nectar.  Will have to watch for swarm impulse, but at this point stores still appear adequate.  Gave them a pollen patty on top of their new super today. 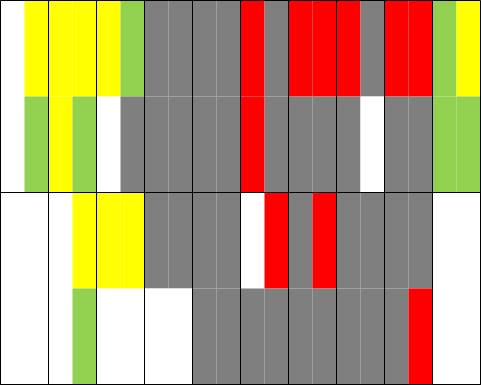 Started from a multi-colony split last summer, Hive #7 has our youngest queen heading into 2014.  We started with a marked hygienic queen from Old Sol, but it appears they superseded last fall as the current queen has no sign of a mark.  Judging from the number of mites that dropped during oxalic acid treatment in December (around 1000), the hygienic trait did not survive supersedure.

This colony has us worried.  Eleven frames of mainly brood, 2 1/2 frames of pollen, two frames of honey, and two frames of uncapped nectar.  By my best estimate they have a two-week food supply if they are unable to bring in new nectar, so we will have to keep an eye on them and feed if necessary.  They are backfilling the broodnest – mainly with pollen – and I would not be surprised to see them getting ready to swarm in 1-2 weeks.

Spring is the most difficult season to keep bees, in my opinion.  It is the one time of year when the best interests of the bees differ from the best interests of the beekeepers.  The bees want to burn through their remaining stores, quadruple their populations, and prepare to send 1-2 swarms off to start new colonies.  The beekeepers want the bees to build up in concert with resource availability, stay put, and focus on honey production.  Timing is of the essence, and perhaps more than any other aspect of beekeeping this is an area where knowledge is no substitute for experience.

My plan this year is to try the Demaree method, essentially splitting the broodnest in half separated by a honey super and a queen excluder, with most of the brood (and all of the open brood) above and the queen below with some of the capped brood.  The question then is when do I do it?  No colonies are preparing to swarm yet.  Three out of five now have 10+ frames of brood, and #7 in particular is starting to get overcrowded and backfilling.  That would suggest I could do it now.  On the other hand, it is still March, there is no flow on to speak of, and there isn’t much in the way of good bee-flying weather in the forecast.  Splitting the broodnest would increase the rate of food consumption at a time when that may not be wise.  If there is anything I have learned so far in beekeeping, it’s that when uncertain whether to drastically rearrange a hive or to do nothing, doing nothing is usually the better course.

The bees are about 1-2 weeks ahead of last year’s schedule in terms of spring buildup, and four of the five hives will almost certainly swarm in April if I leave them alone.  My current plan is to implement the Demaree method around April 1-5, weather permitting, then repeat the shuffling 1-2 more times during swarm season.  I do need to make one split, but I would like to wait until at least mid-April when queen mating weather is better and purchased queens are available.

After last year’s fiasco of queen rejection, laying workers, and acute (presumed pesticide) poisoning, I’m hoping this April will be better for the bees.