A storm to remember

Gunshots in the distance.  The air is perfectly still, a soft rain falling at 32 degrees.  More gunshots, closer this time, followed by a crash and a swishing sound, and then more silence.  These trees have seen ice before, but never have they seen 15″ of snow followed by a half inch of ice.  They are burdened up to five times their usual weight, the added strain far from the trunk, on every needle, every branch.  Wood fibers stretch to the absolute limit, carbon and oxygen atoms snapping apart in chains of cellulose.  Crack.  Crash.  A swish of snow.  And silence.  It is almost like a thunderstorm, wondering where the next lightning will strike, the next thunder will reverberate.  But storms are all wind and rain and sound, thunder only adding to the cacophony.  This is just a quiet, humid winter night, punctuated by the falling of trees.  Survival of the fittest.  Darwin’s ghost walks the forest like an invisible giant, here and there nudging a branch, a whole tree.  Those who have strayed too far from vertical, those who have stretched too high toward the sun while neglecting the strength of their trunk, those whose roots have a tenuous grasp on the soil.  All will fall tonight, leaving the forest stronger, creating gaps into which new trees will grow.  Violence is a part of nature’s repertoire, and I feel humbled to have borne witness to this spectacle.

It is melting this morning at 39 degrees, trees releasing their loads of snow and ice.  We have been without power since last evening, and it could well be a couple of days before we get it back, as there are trees down all over.  Eight inches of snow on Thursday, then freezing rain and sleet, then two more inches.  Another eight inches of peaceful snow on Friday, beautiful single flakes, each ephemeral shape unique in the universe.  First time chaining up the Subaru, still got stuck on the steep section, worked with our neighbor to clear out the hill.  Sloppy yesterday, rain at 32 degrees.  Somehow it was just the right temperature to melt on the ground and yet freeze on the trees.  Roads turned from snowpack into deep ruts of slush, tough going until our limited fleet of plows could push them clear.  Spinning out the driveway, losing chains, putting them back on, cutting fallen branches and trees out of our path.  It is over now, and soon we will set out to clear the road, heading into town for the day, returning tonight to the homestead in the woods tonight, to a land awakening from snow, straightening branches, and already thinking of spring. 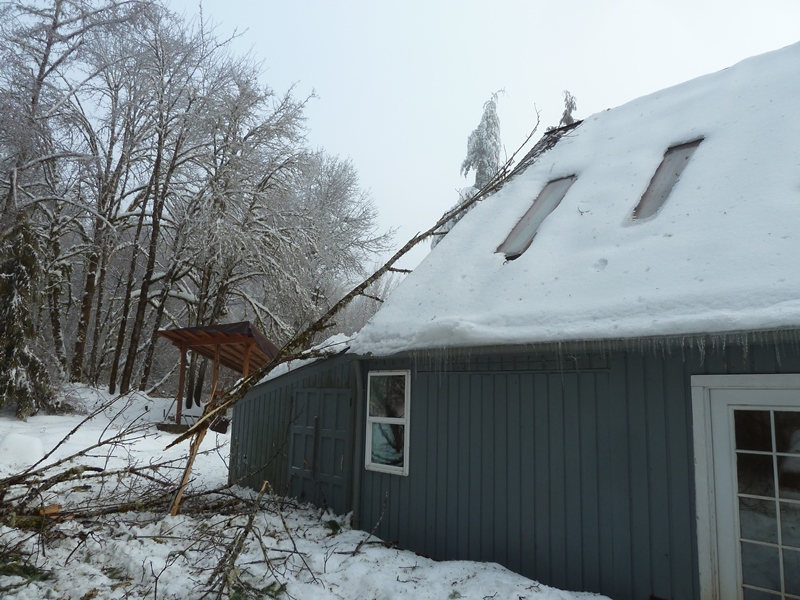 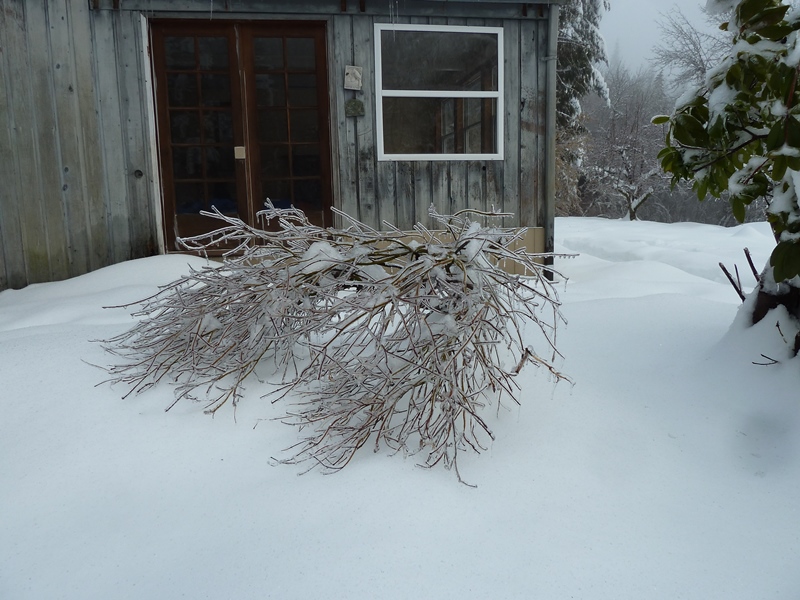 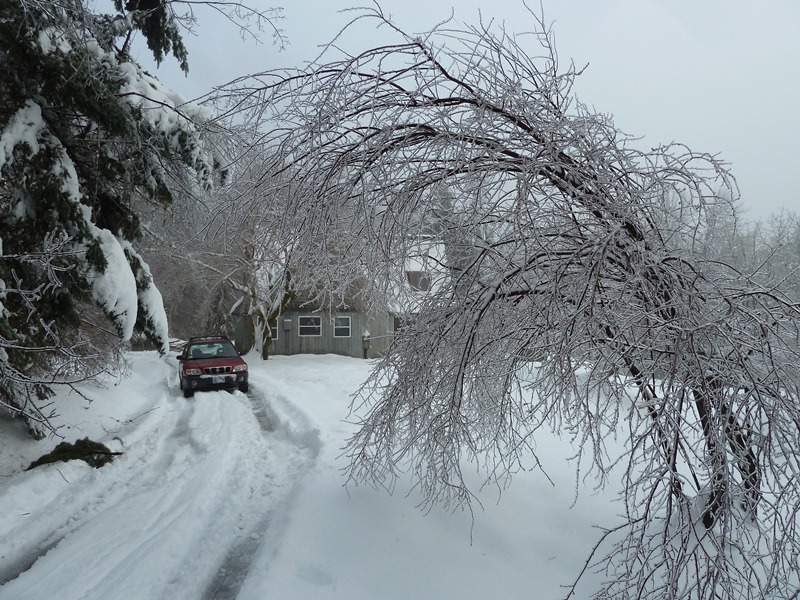 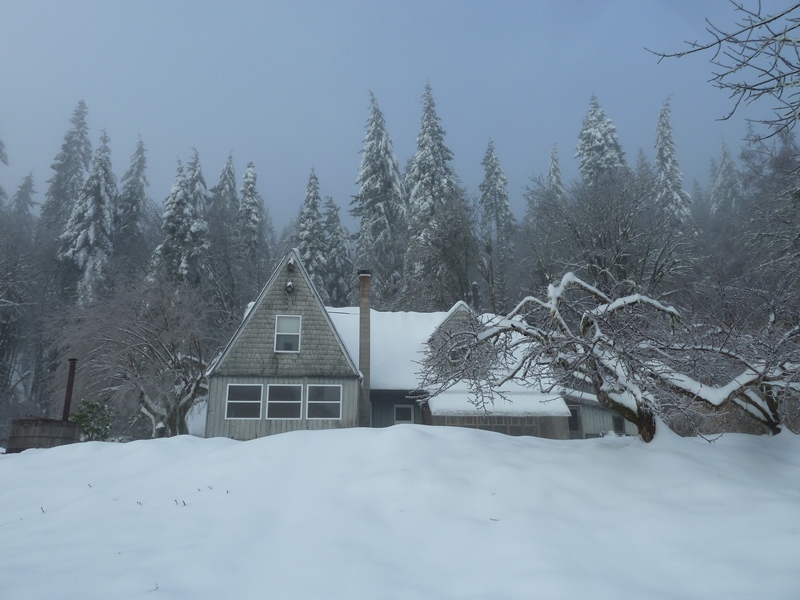 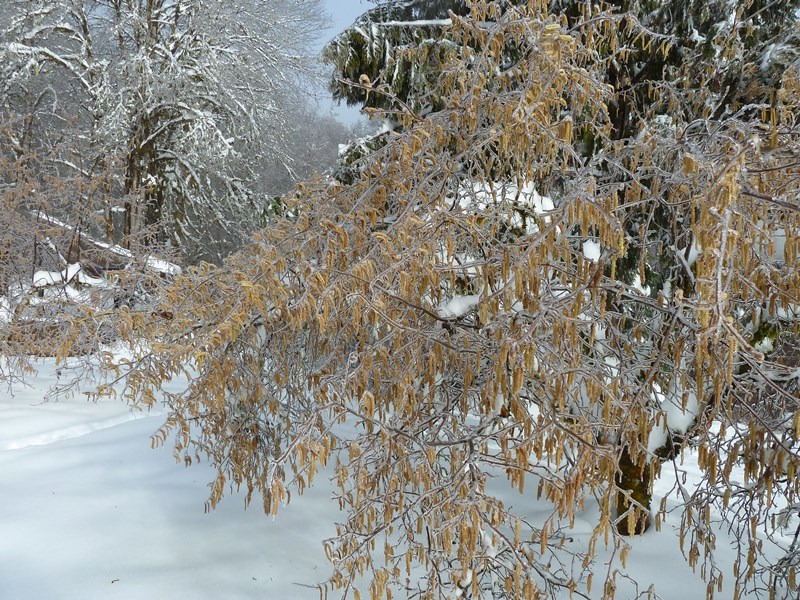