My blog has fallen silent, or so it seems.  I have quite a backlog of photos which may never get posted – more spring wildflowers, a hike in Opal Creek Wilderness with Kelly, the annual morel hunt adventure (we found 10 pounds!), Elizabeth’s and my birthdays, Oregon Country Fair, and a few more.

With summer comes long evenings, so we tend to eat around 8 pm and by the time dishes are done it is 9:30 – not much time for blog posting before bed.  But as the days grow shorter (already it is getting dark around 9), I hope to post more regularly.

We’ve enjoyed lots of free fruit, courtesy of John’s connections with university fruit researchers and Liz’s access to “reject” produce from the co-op.  So far we have a blackberry mead and a cherry mead fermenting.  Sadly not with our own honey, as it looks like we won’t have enough for mead this year. 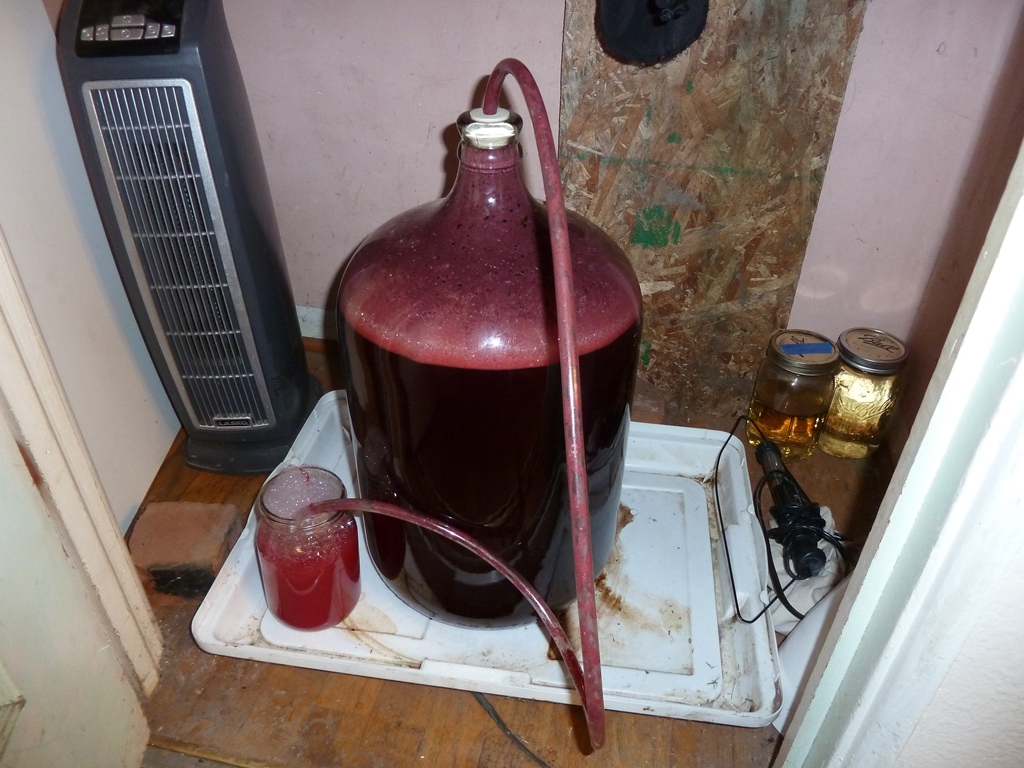 Speaking of honey, here’s a shot of our growing collection of beehives.  That’s three caught swarms and three from purchased bees. 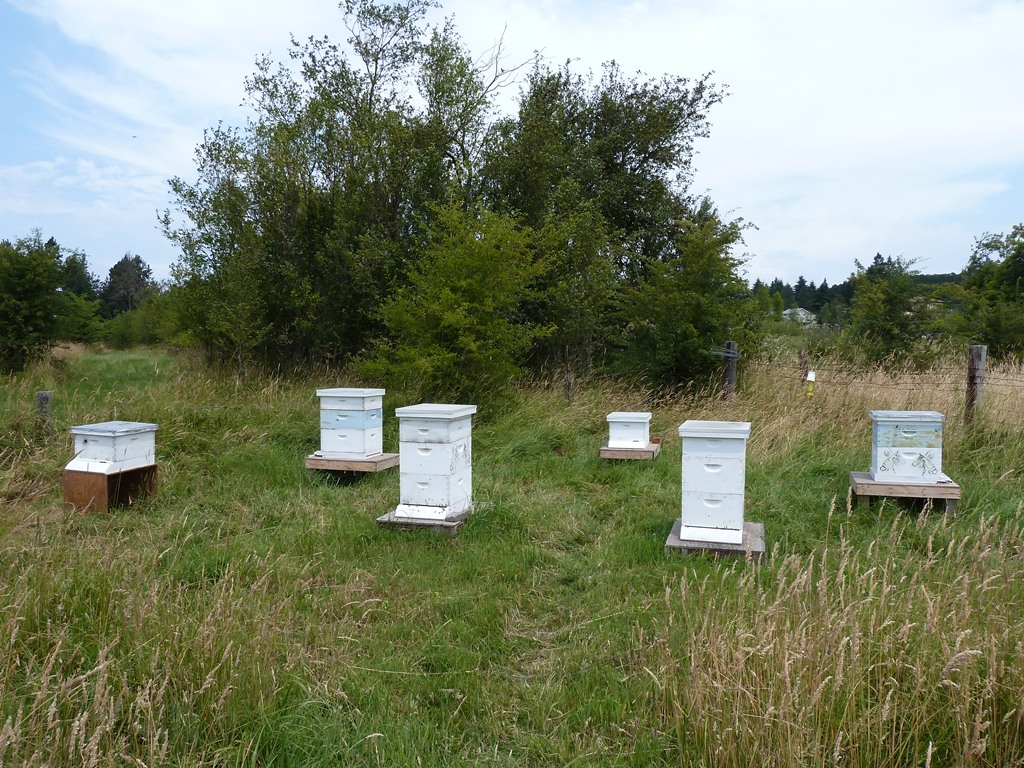 Our six beehives, four of which are doing very well.

The annual da Vinci Days was last weekend, and I was busy explaining hydrogen to hordes of small children (who mostly just though the remote-control cars were cool) and their parents.  Our Hydrogen Trailer demonstration now has a sweet aerodynamic cover. 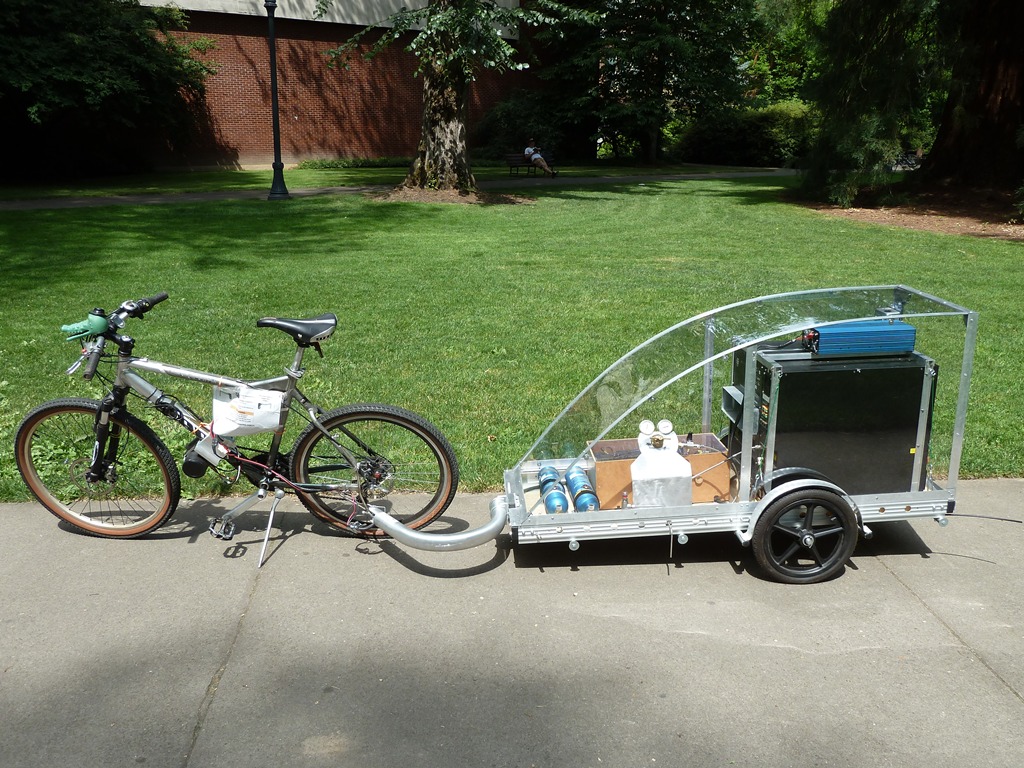 The Hydrogen Trailer, as displayed at da Vinci Days. Hydrogen stored in blue tanks, converted to electricity by fuel cell (black box) which supplies power to inverter and electric motor on bike.

Ed has been asking for a garden report for some time.  Here you have it, as of July 17. 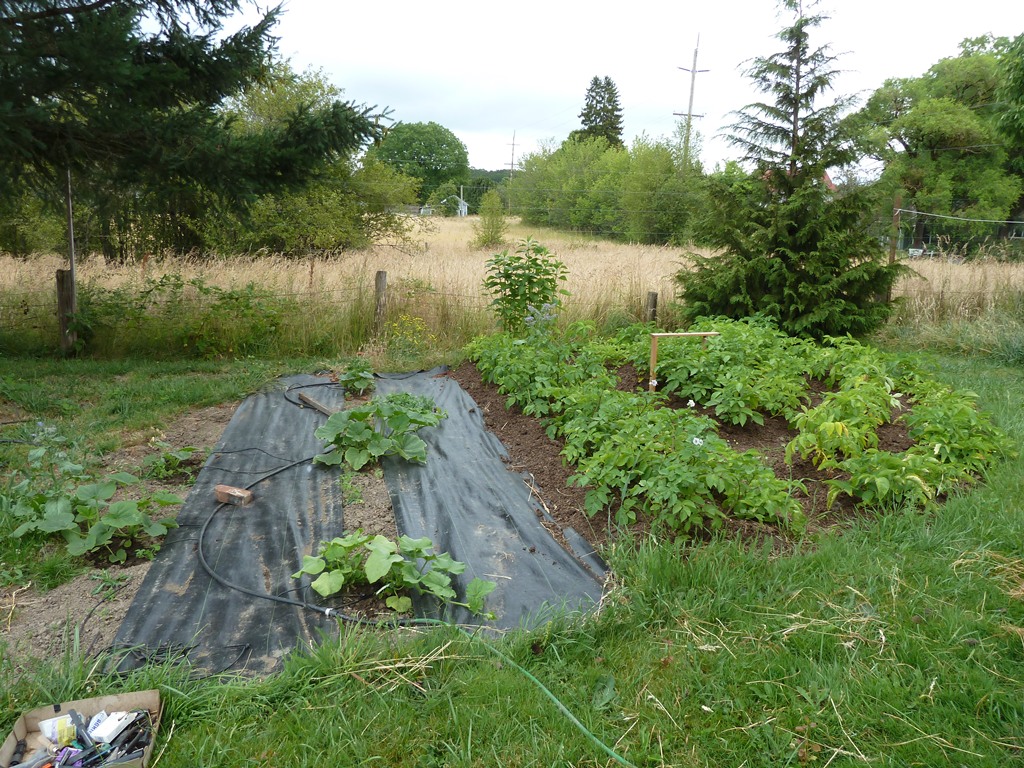 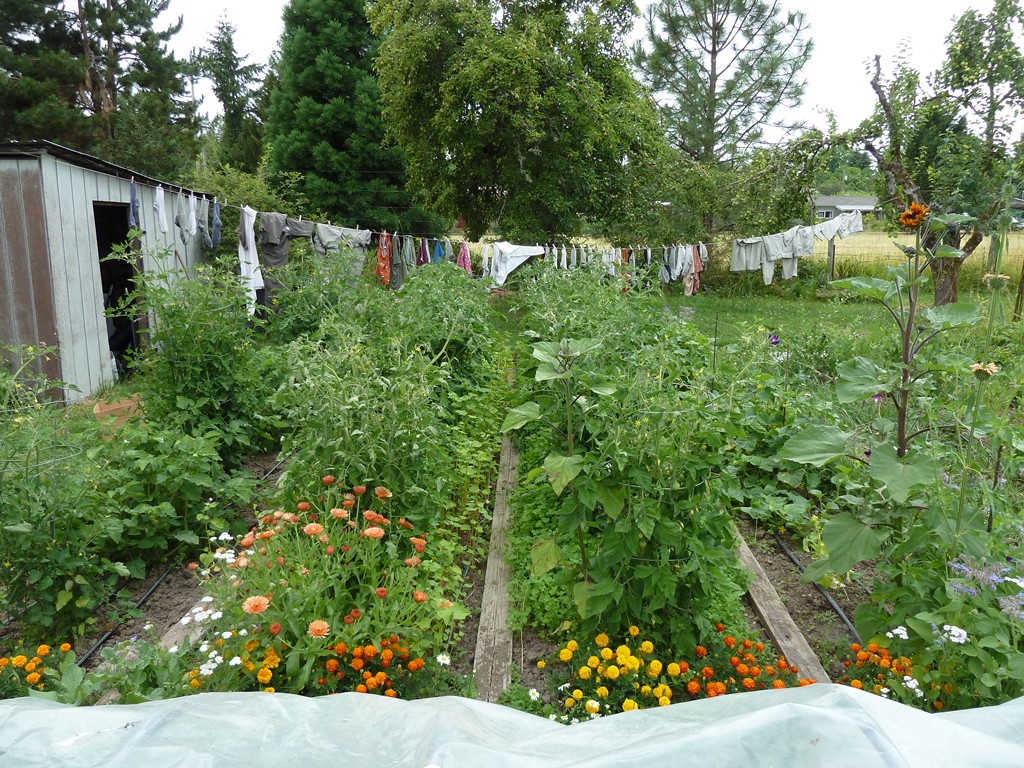 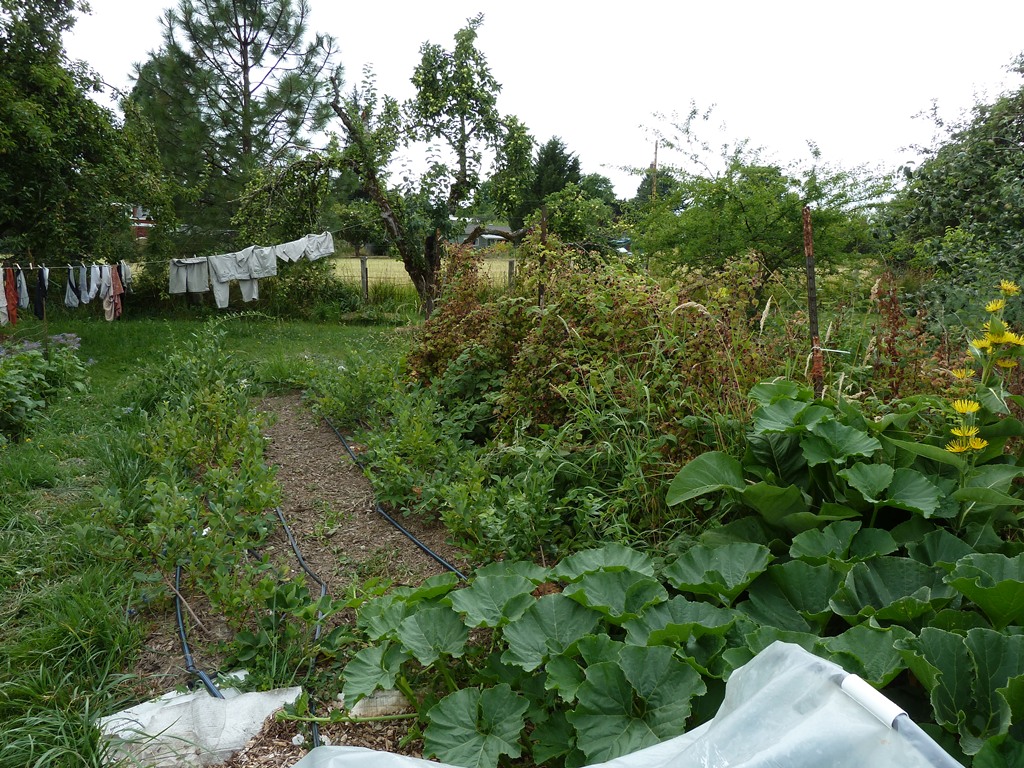 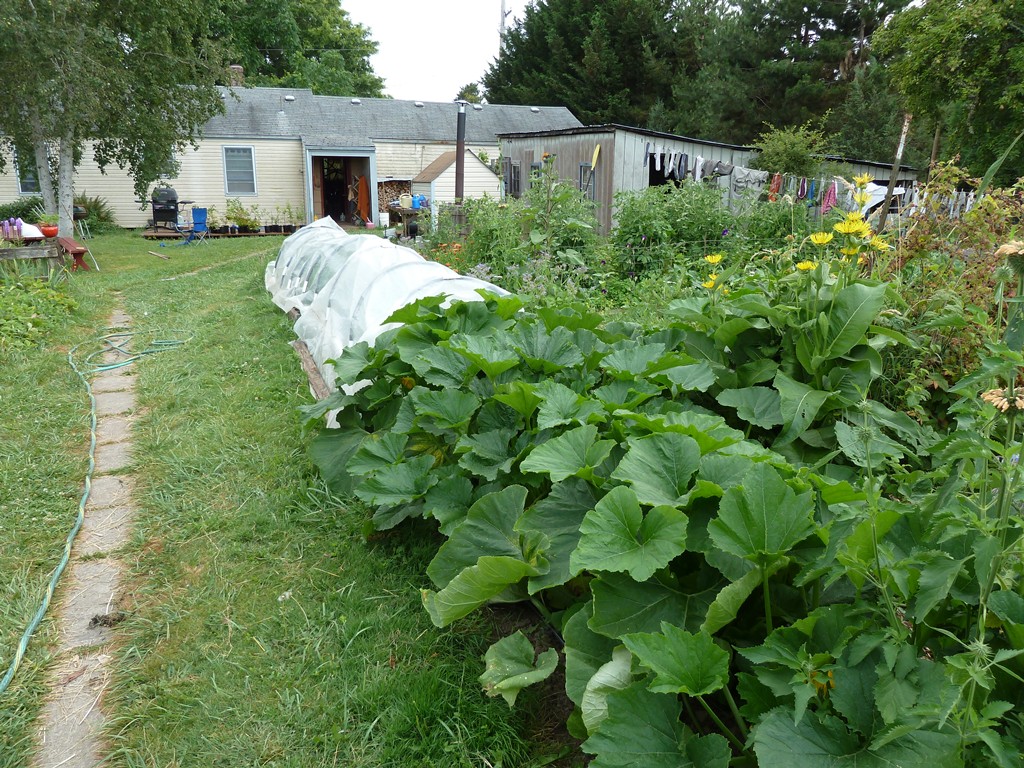 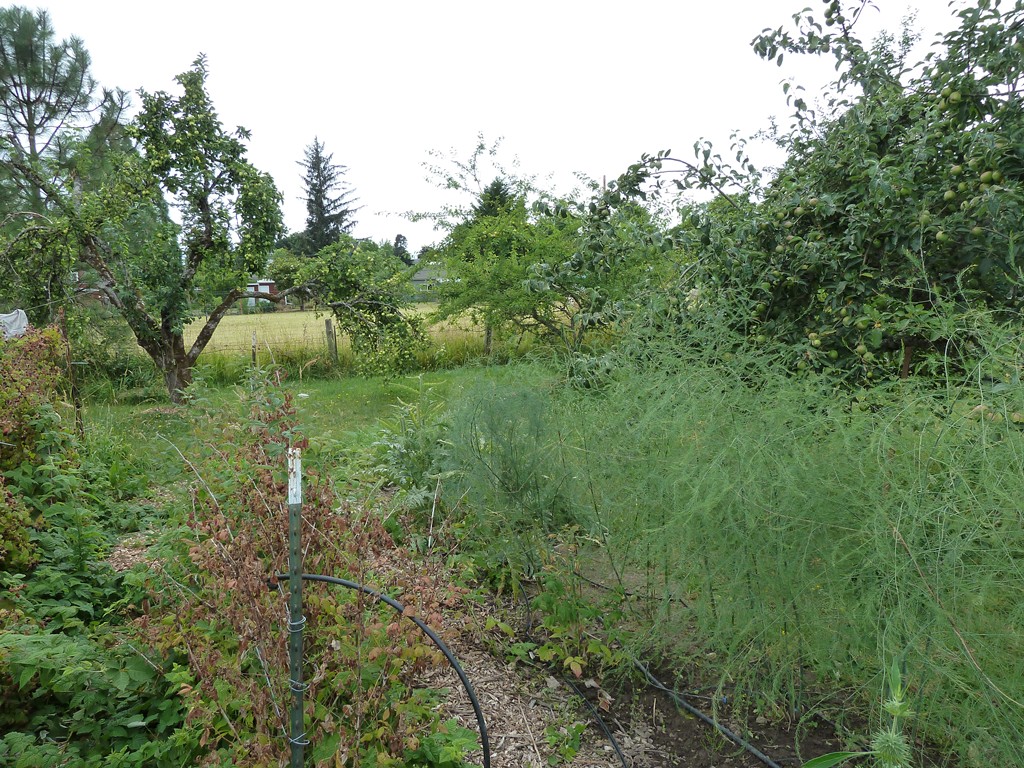 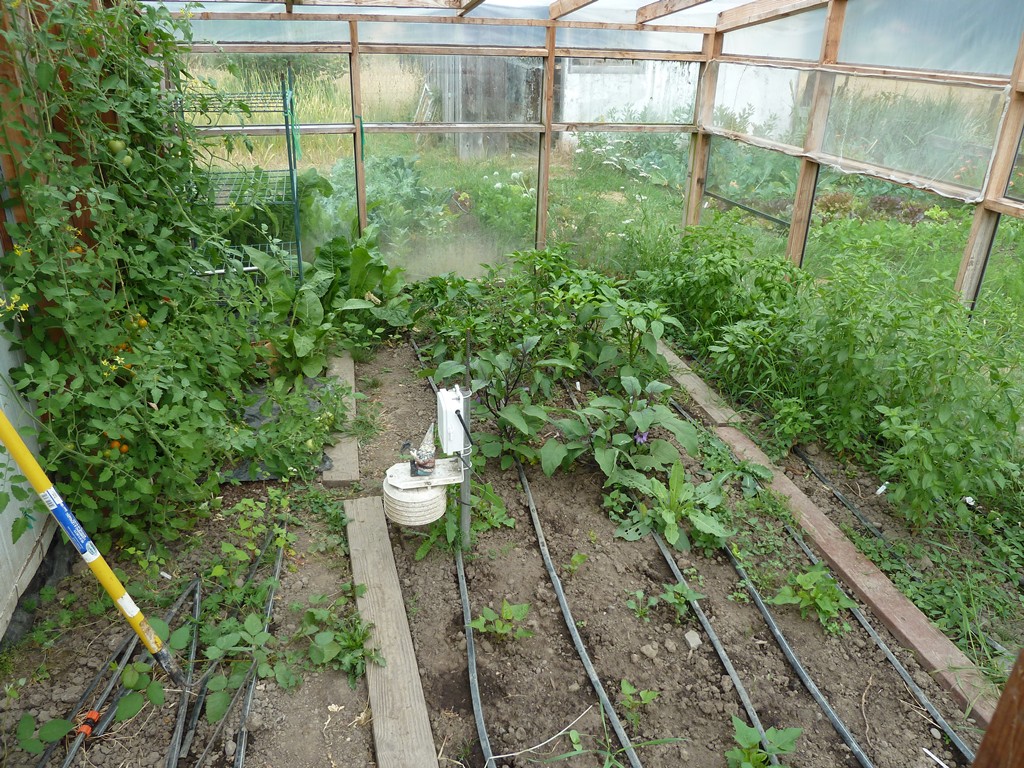 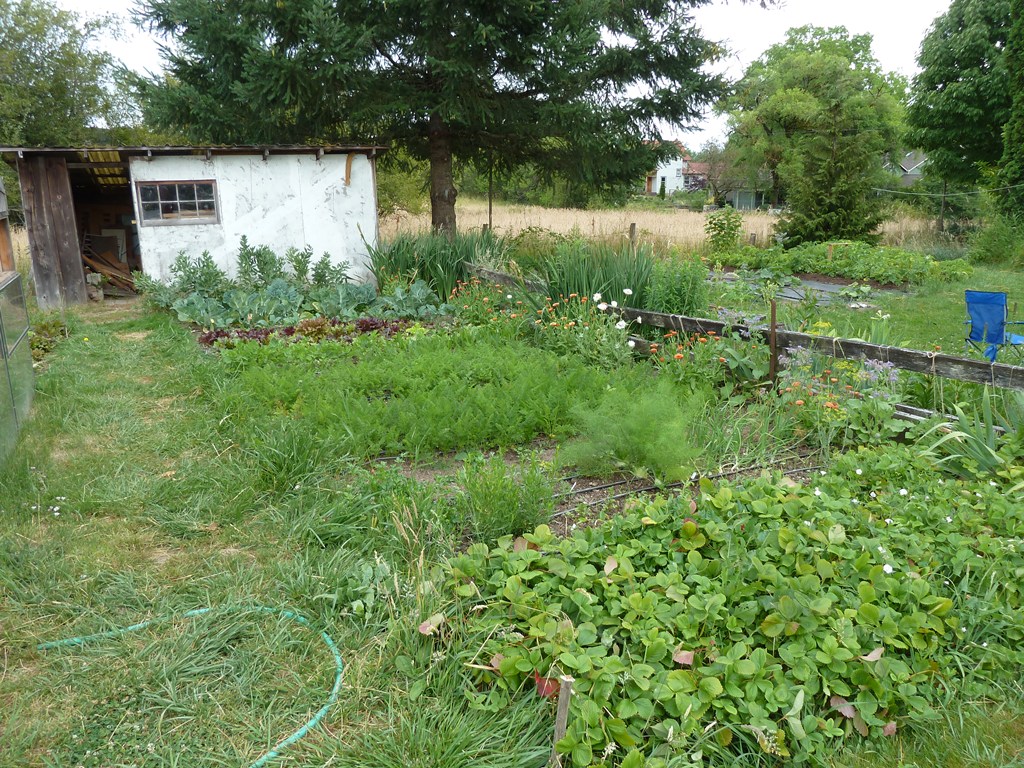 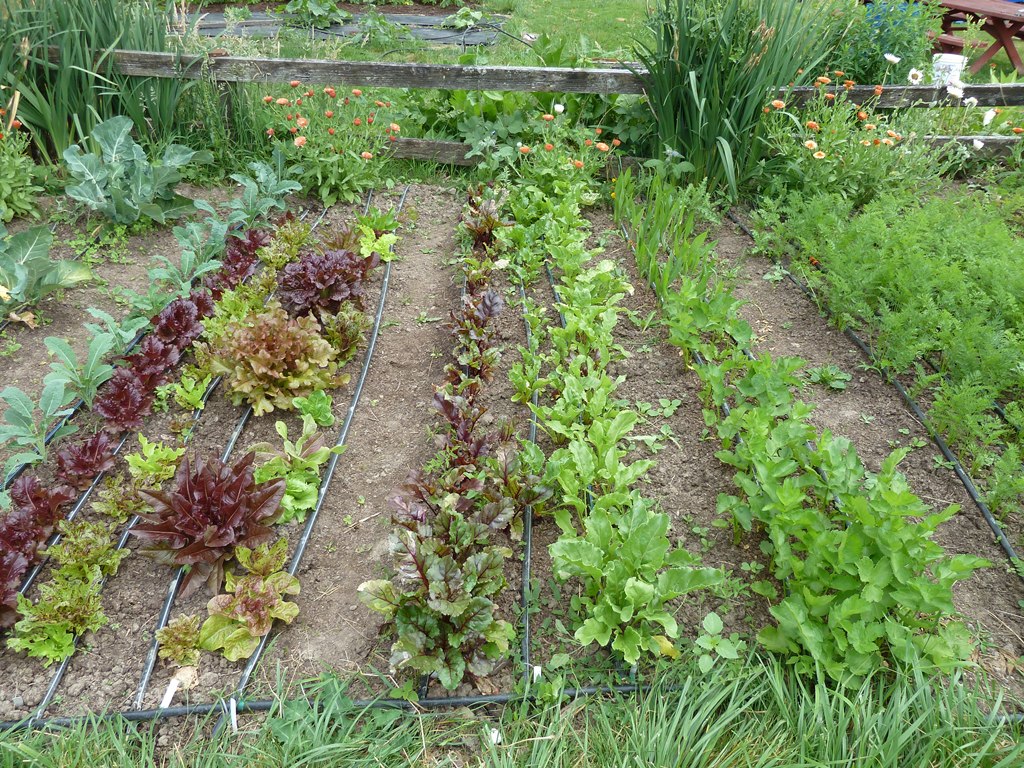 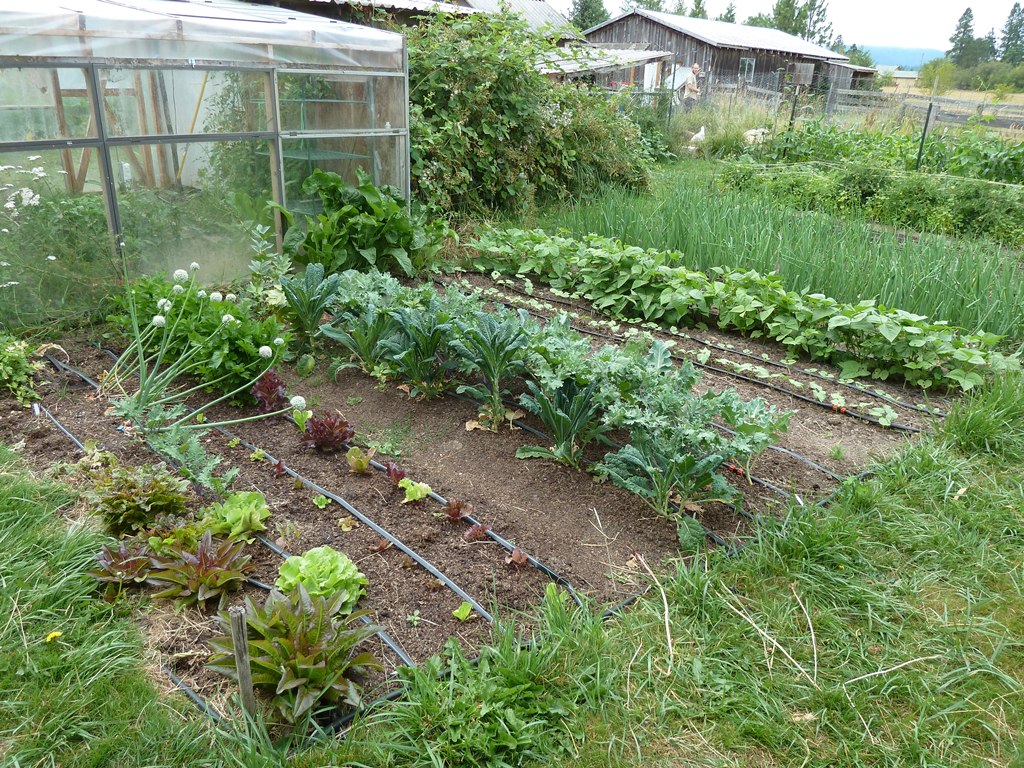 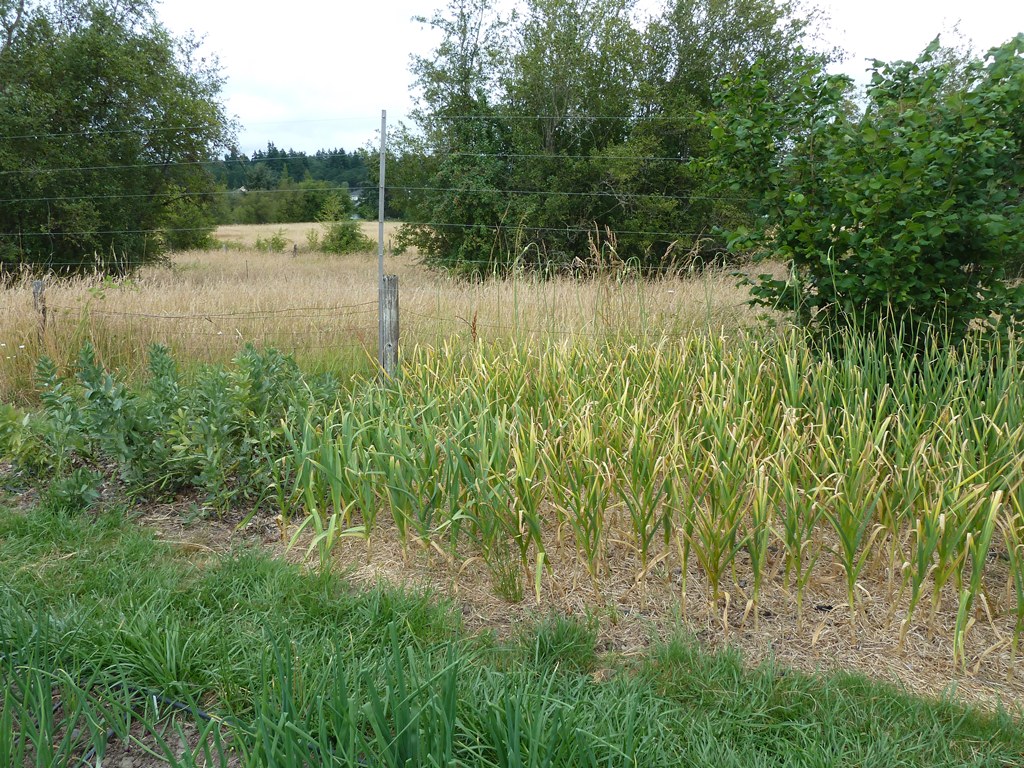 Northeast beds: garlic almost ready to harvest, fava beans getting to the end of harvest. 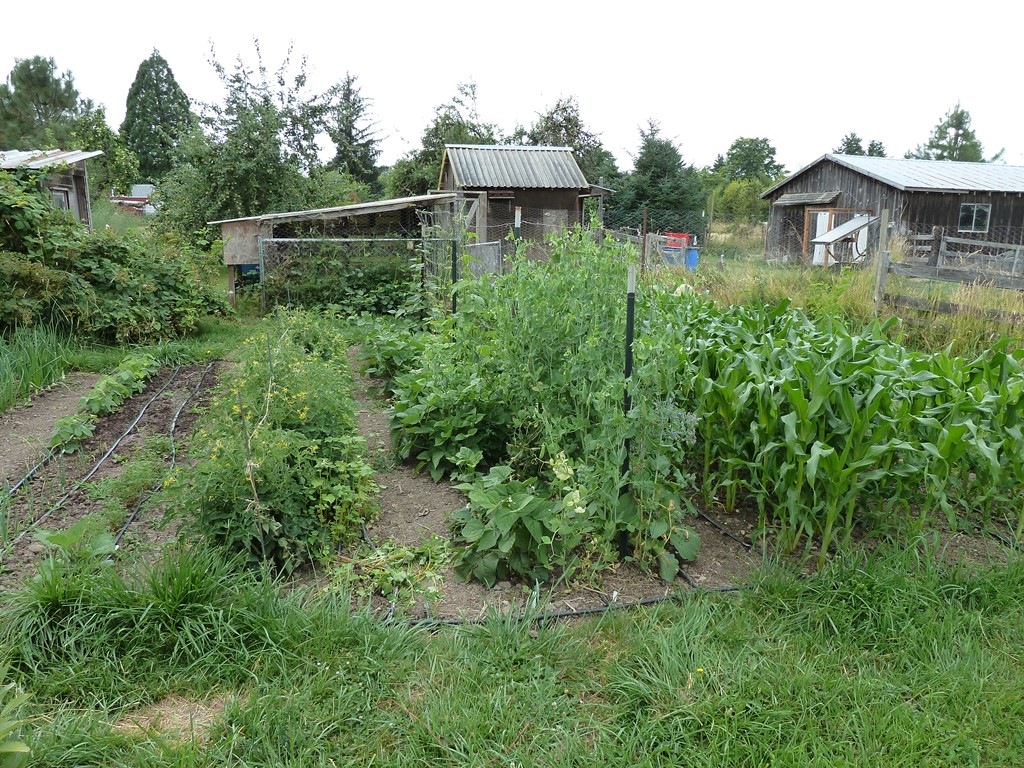 We get 1-2 thundershowers a year.  This one had some dramatic lightning, though nothing special by Minnesota standards… 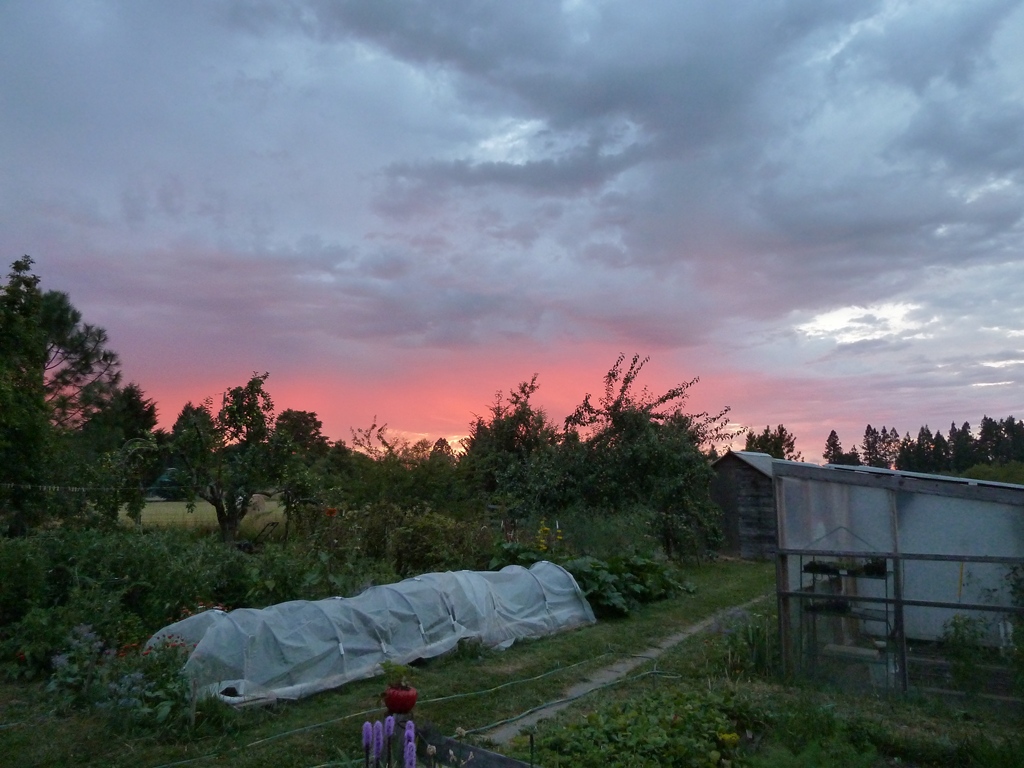 Thundershower over the sunset, 7/19.

Elizabeth has been talking about getting ducks for some time, and we finally decided to do it, buying six Ancona ducklings from Boondockers Farm up near Portland.  I built a larger brooder box to keep them safe from raccoons and the two skunks we’ve been seeing around the property.  A day later they were joined by 16 chicks (our meat birds for this year), and there are 15 more chicks coming that we will be raising for Jesse and Eva.  Oh and two turkeys, but not until August 14. 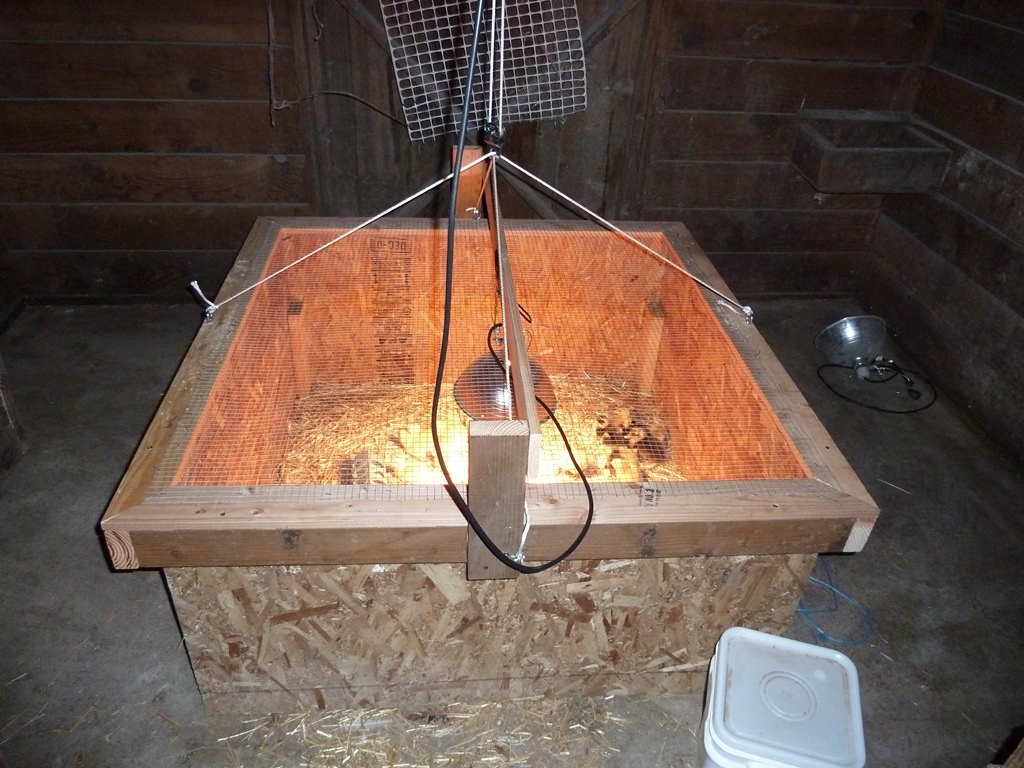 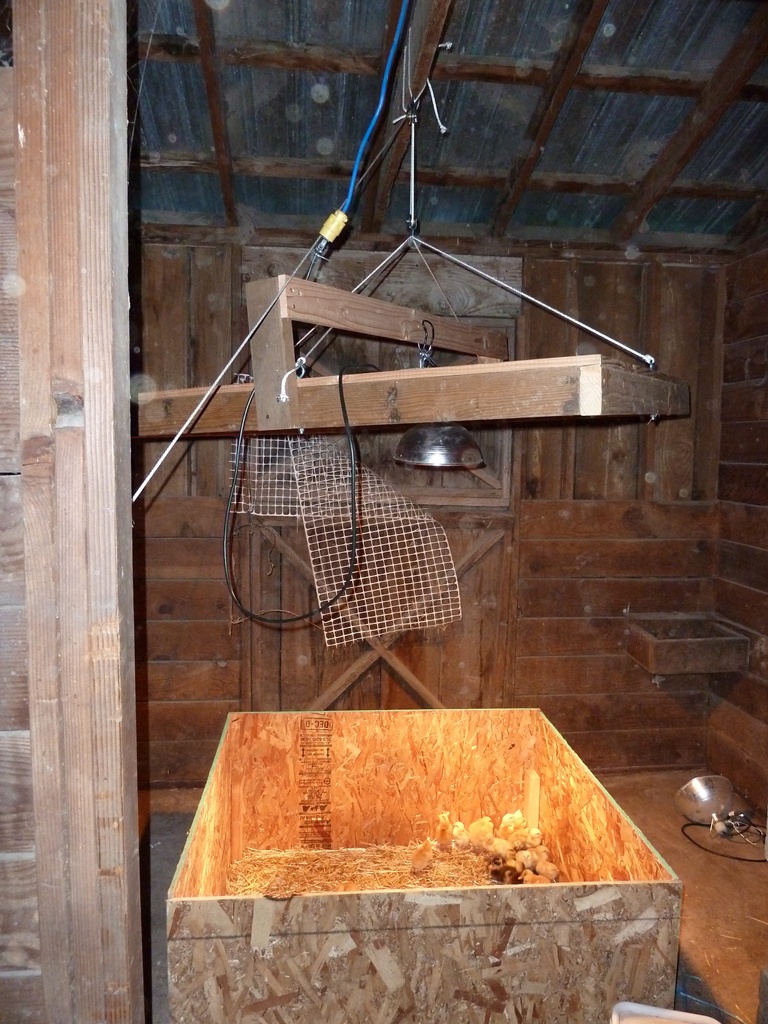 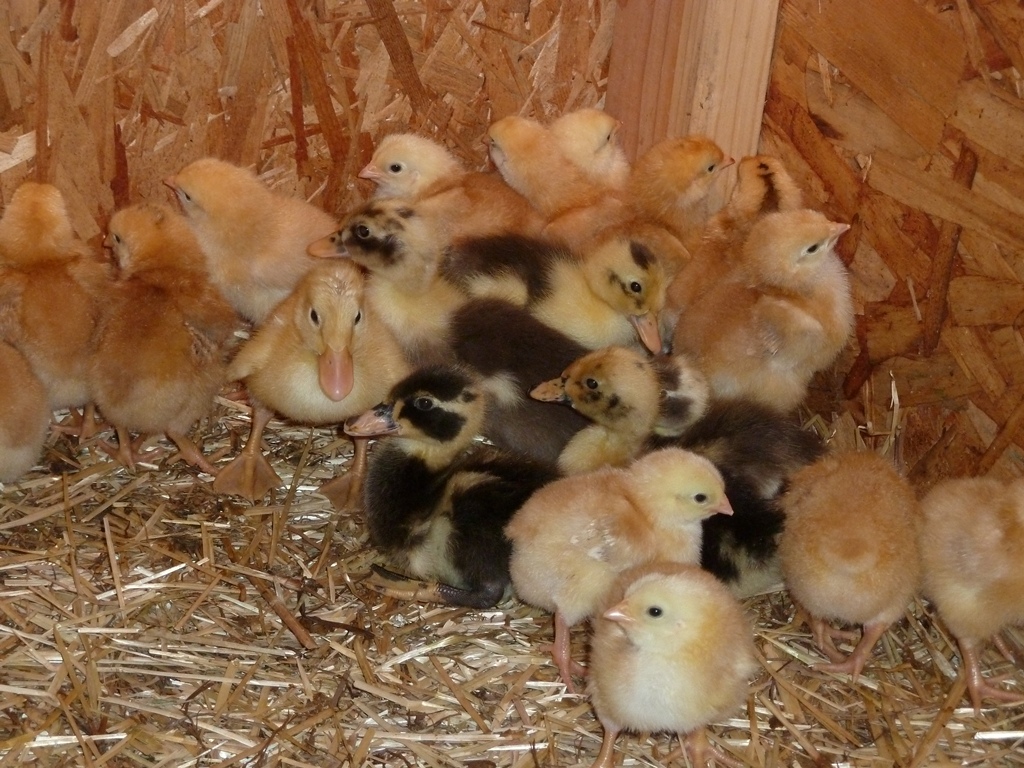 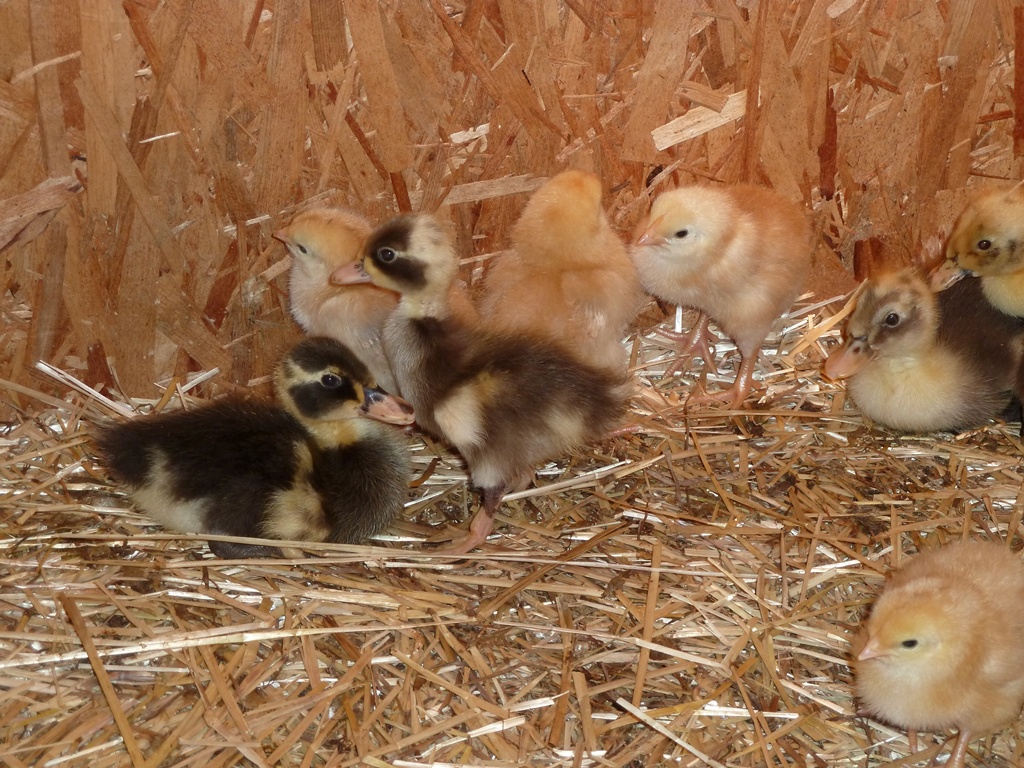 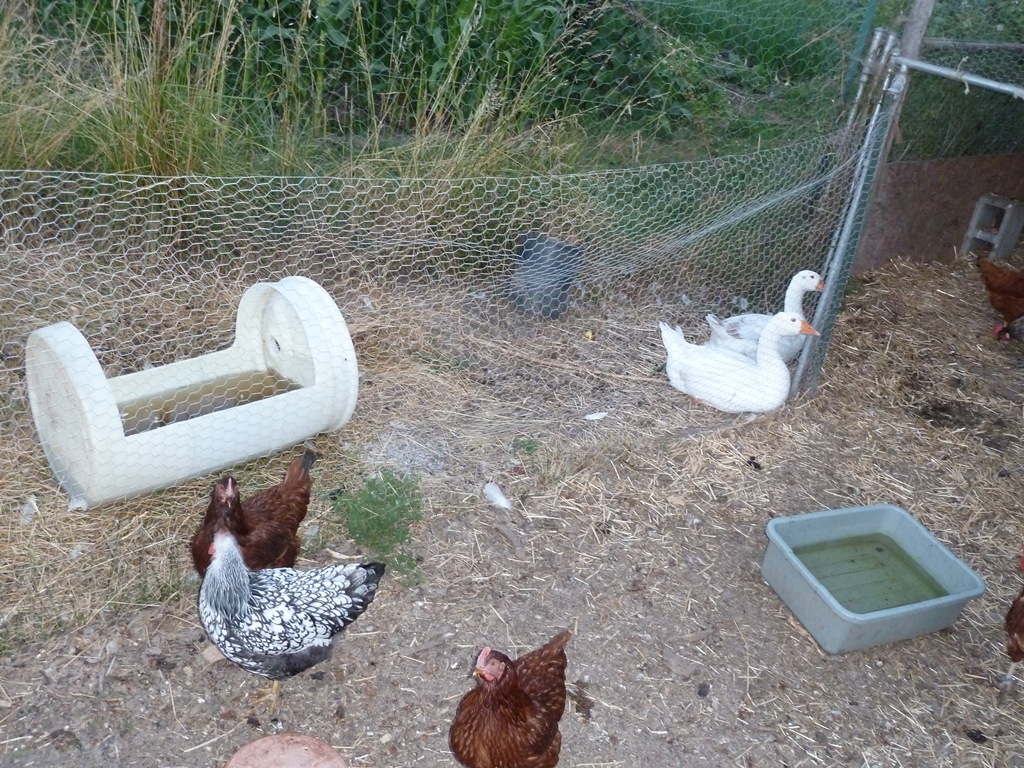